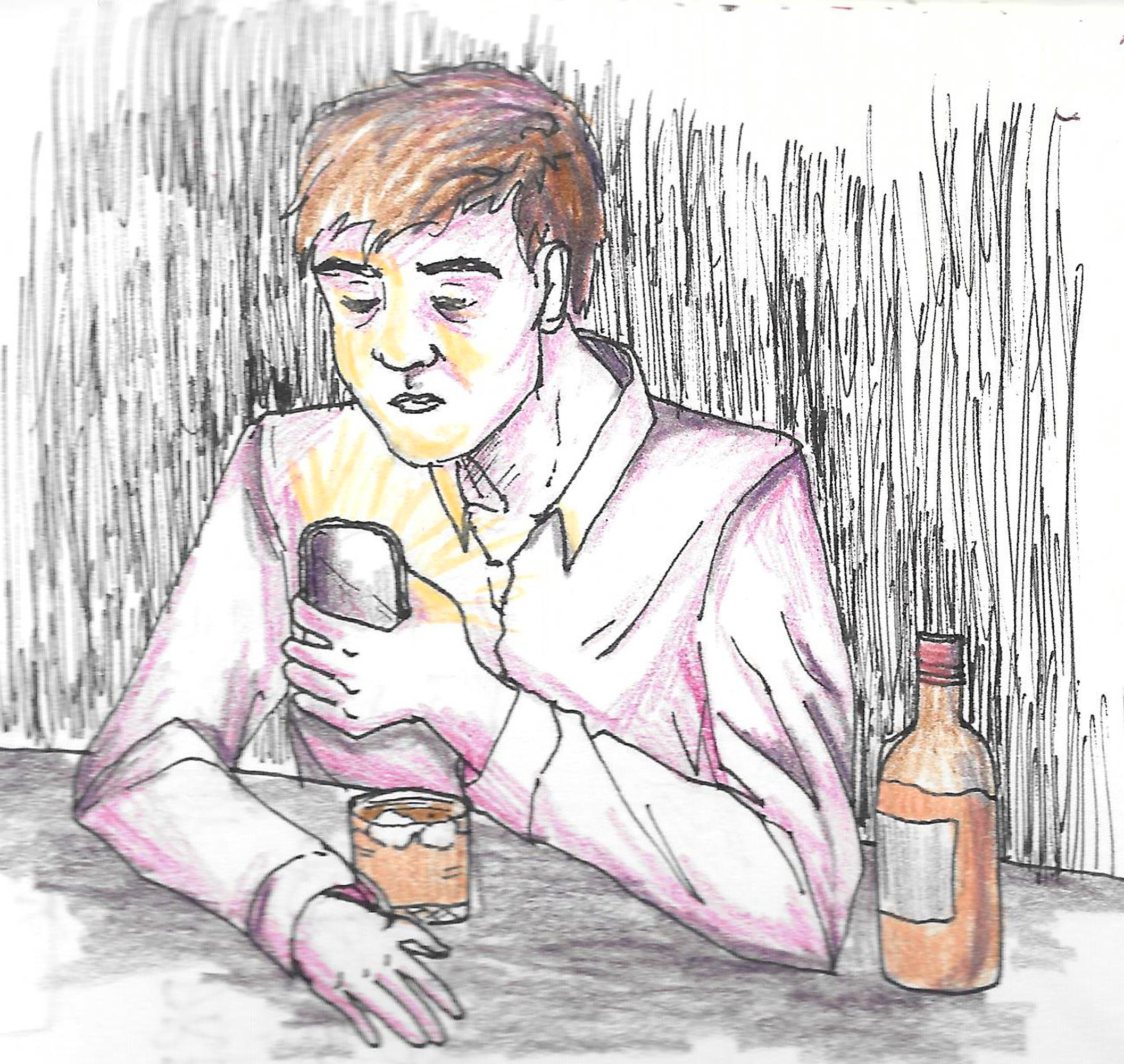 There are nights that stars form in the shape of a whiskey bottle after a long day. Everything slips out of my hands, and I end up swimming in nostalgia. I dig through my apartment looking for a sip of whiskey that I may enjoy for a moment. I do not need someone to talk to nor do I crave a moment of thought loop. I just want to exhaust the feelings of nostalgia.

“Showing his scarred gum and fake teeth in a huge smile, he always asked, “Don’t you feel any hungry?”
Around 1 or 2 in the morning, my dad used to walk into my room every now and then. I usually wasn’t doing much. I was either browsing through YouTube videos or reading Buzzfeed articles. As bored as I was during those times, I would throw my blanket to the side, close my laptop and stroll over to the kitchen.

It did not matter what we ate while drinking. We were never too lazy to cook something. Once we made up our mind, we put it to action. To be honest, the drink was not really our concern: day one, with cheap watery beer, day two, with brain-teasing soju, day three with disgustingly warm bottles of wine, day four with Johnny Walker Blue with ice. Every late-night meal and drink was irregular in nutrition and taste. Most of the time, we dined on sliced cheese and ham. On rainy nights, we grilled some beef. On lazy nights, we shoved our faces into whatever was left at the kitchen. Even ramen noodle came in handy sometimes. I never complained about what we ate while drinking. Whatever gave a momentum, we took it with no exception.

As I graduated high school, there were countless nights of father and his son clashing shot glasses and picking up our Asian glow. We would slip, spill, laugh and even throw up a couple of times. My dad liked to talk. I didn’t mind listening. After more than 45 years of growth and deterioration, he had a lot of personal accounts shelved in his brain. Just like how he picked books to read at a bookstore, he would stare at the glass for a minute, carefully unfolding a chapter of his epic.

The last time we had this moment was not too long ago, but as a student living in a foreign country, the only times these starry nights occurred were during summer and winter breaks. When flowers started to bloom, my dad silently talked to his own reflection on a cellphone screen. When maple leaves turned red and were gone with the wind, he scrolled through family photos saved in his Galaxy S2. Lights were off, and fire kept racing down the hills of his cigarette Dunhill Frost.

‘Maybe my son will call me in the middle of his day. Should I text him first? Wonder if he’s doing alright. Has he had lunch today? I wish he didn’t eat ramen noodle today.’

Texting and erasing, he imagines how long his son grew his mustache. Between his fake teeth, he bites the end of his cigarette. Tick, the cigarette burns, and dreamy dark smokes travel through the air.

Fly back thousands of miles. On a rainy night I sit at my desk and open a bottle of whiskey. Toxic and tempting drags of scent take a highway through my nose, awakening my senses. I vaguely see my dad with a glass next to me, but I’m not going to call him, for I am a better man than he knows. I don’t call anyone under influence. I shouldn’t and won’t. I will tell my dad my well-being through silence. Cheers dad. I pull my head back and toss the drink onto my tongue, letting the night row its boat on time.

Tweets by @juntaeko
Scroll Up